You are here: Home / Parties / Sugar and Spice, and Everything Nice…

The pictures are in!

In early December 2012, I had the honor of hosting a co-ed baby shower for parents expecting a sweet little girl. The theme was Sugar and Spice; the colors were pink, bronze, and chocolate; mom, aunt-to-be, and almost everyone there are members of Alpha Kappa Alpha Sorority, Inc. I was just thankful they didn’t opt for pink and green… 🙂 Mom’s style is very simple and minimalistic and I was thrilled that she loved the way that everything was set up. It was a small challenge for me, only because I like a lot of stuff and for things to be full and busy, but she was very pleased. The best compliment was that the shower guests walked in and said they immediately recognized her taste and style.

We had close to 80 guests and I must admit, despite all the pink, I had a blast! The guests were wonderful to attend to and we enjoyed hours of laughter. The shower was held at the Westin Beale Street. We played some of the traditional games and threw some newer ones in the mix, just for the guys… 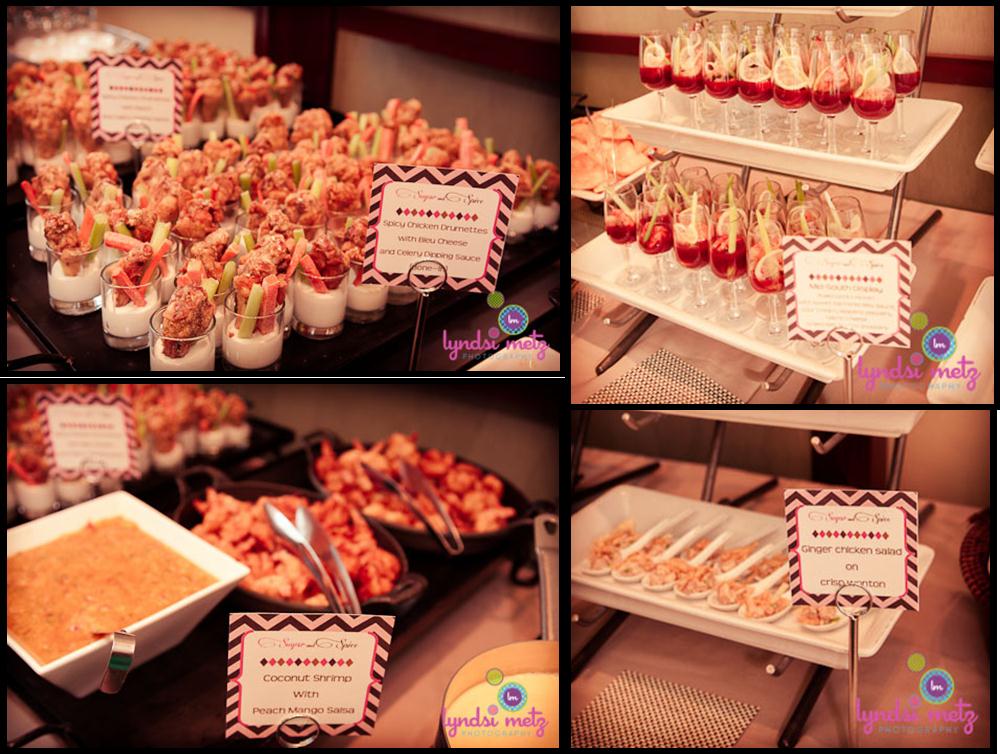 The running games of the day were the traditional Don’t Say Baby, Guess the Celebrity, and Guess the Number of Candy Hearts. Instead of using clothespins, all the guests were asked to wear pink pearls as an homage to one of the sorority’s traditions. 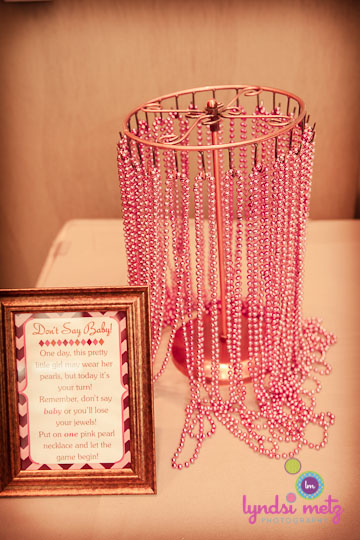 The celebrity’s baby pictures were set up for the guests to postulate over. Can you guess who any of them are? I had to look them up again before the shower and I put the thing together…I counted the candy by hand and learned a very important lesson in the process: use bigger candy. 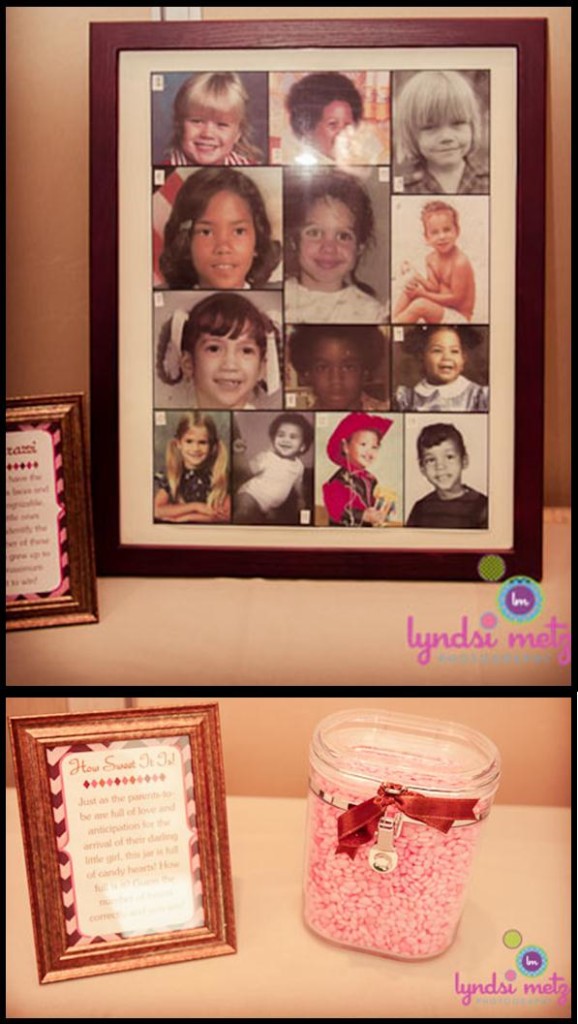 The first active game on deck was Shake Your Groove Thang. The object of the game was to be the first person to get all of the golf balls out of the box. Pure hilarity ensued. The dad-to-be had some moves on him, but he didn’t win. The guys were such good sports about participating and I really appreciated that. My husband told me later that men don’t like coming to showers because women have a tendency to make them play silly games. Oops. I just wish I had a copy of the video…

Next we played the traditional shower games…match the baby animals, unscramble the baby related words. One lady knocked it out of the park! We also found out that she was a new mom, and she graciously proceeded to school myself and the audience on exactly what a layette is. I shall henceforth refrain from calling it the footie pajama body suit thing… 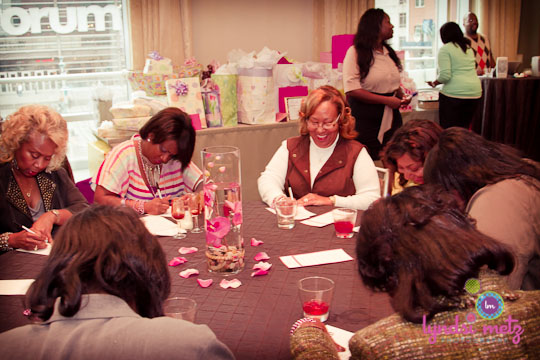 We also played the game where you had to bring out your inner artist by drawing your most fabulous rendition of a baby. On a paper plate. Whilst said plate is atop your head. I played this game at a bridal shower and rocked it! I didn’t even bother to submit my attempt to the mom-to-be…I left it to the real artists. 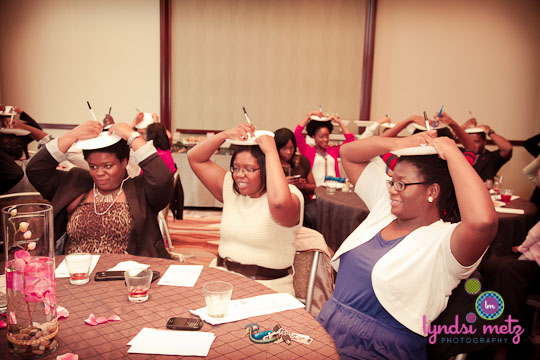 After all these games concluded and the prizes were awarded for the guessing games, the guests got into the dessert station and prepared to watch parents-to-be open the gifts. The dessert station consisted of a candy bar and cupcakes made by myself: chocolate, strawberry, vanilla, banana with honey cinnamon frosting, apple spice, pumpkin spice, cinnamon spice with butter cream frosting, and ginger spice; I can assure you that it was no easy feat making sure all of them made it to the shower. 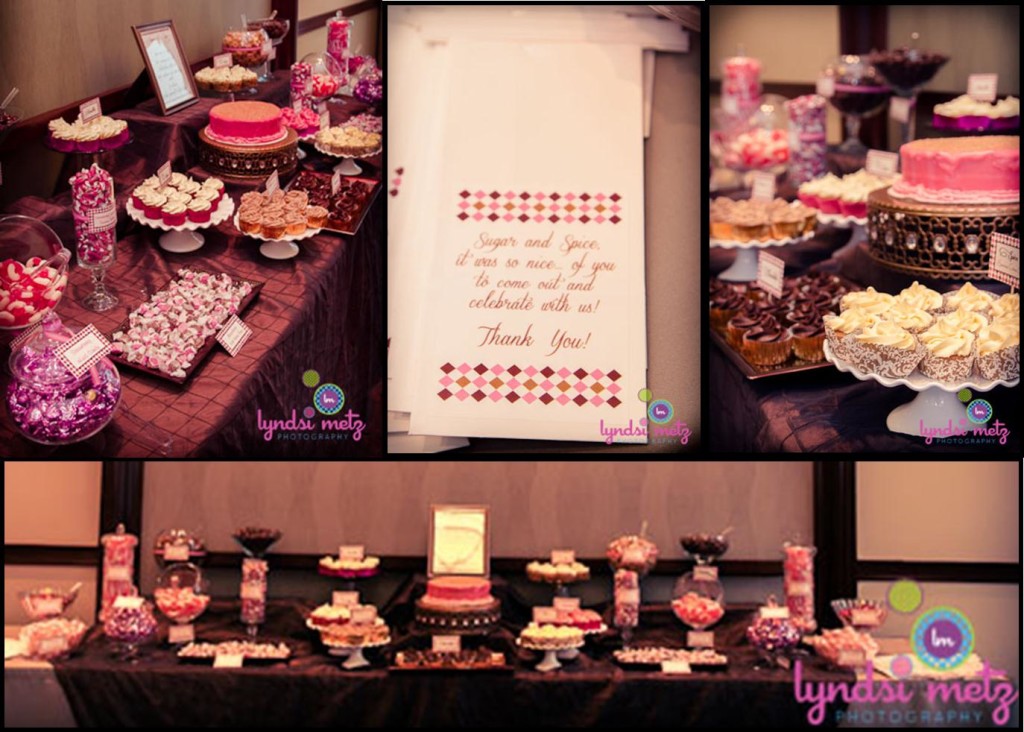 There were so many gifts. They and their baby girl are blessed to have so many people to love, care for, and support them…we ran out of room on 12’ worth of tables! 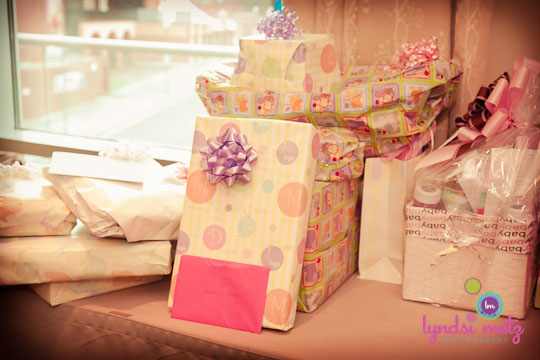 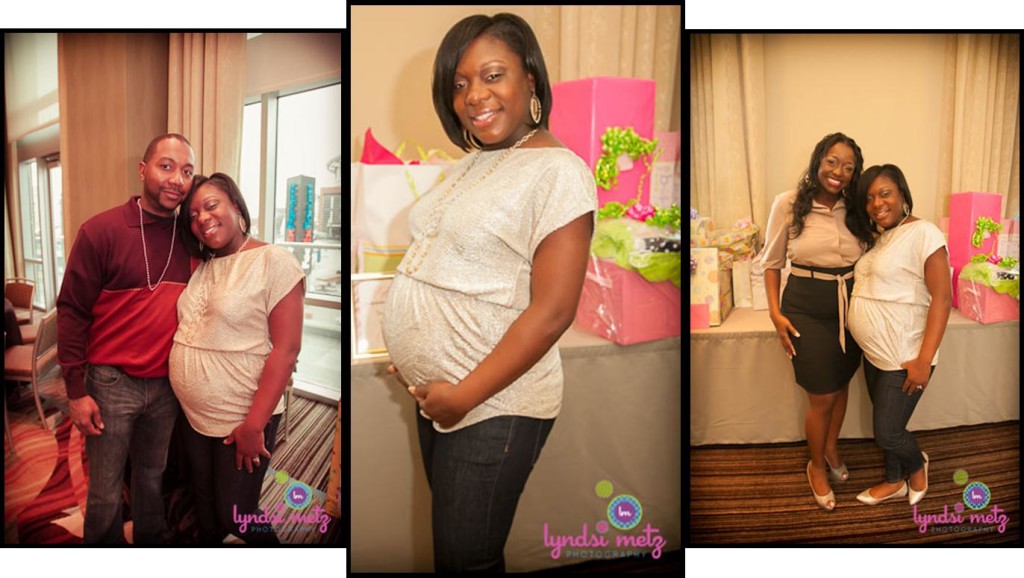 All in all, everyone had a great time. I truly enjoyed working with this family and wish them all the blessings they can handle with their little girl, who made her way into the world on December 28th. Welcome to the world baby girl!

And I extend a special and truly sincere thank you to the wonderful photography team of Lyndsi Metz Photography. They are truly an amazing and supportive couple! It’s not everyday that the photographer volunteers to shake his groove thang in front of strangers!

As always, I have to thank the hubby who was there to support me and decided to have a little fun himself and agreed to bust out some baby shower mood music. I really love that guy 🙂